Neethi Mahesh grew up fascinated by rivers in her early school days. She spent years surrounded by freshwater wildlife in the middle of a rainforest, and went on to study threatened aquatic animals. She won The Habitats Trust’s ‘Conservation Hero Grant’ in 2019 and works on the conservation of ‘riparian habitats’ of the Cauvery river in the Coorg district of Karnataka. We caught up with her to explore her passion for these unique and overlooked habitats.

The Habitats Trust (THT) team: Neethi, you have spent your life working on the conservation of freshwater habitats. What drew you towards these ecosystems?

Neethi: I was always drawn towards rivers. In school, we were probably the first batch to study Environmental Science (EVS) as a subject, and for this we had various field projects that involved monitoring freshwater ecosystems inside our campus, which was situated in the outskirts of Bangalore. I found this exciting since exploring what lies under the water isn’t something we naturally do. People find fish interesting, of course, but we learnt about the different types of fish, shrimps, crustaceans – all of this was really exciting. I got to further explore this interest when I went to Agumbe, Karnataka years later – a region which receives the highest rainfall in India. It was an immense privilege to grow up in such a school and I can’t imagine not having that as a kid. Today, I see kids going to schools with no greenery and find it a little frightening.

THT team: Wildlife conservation has been largely about charismatic land animals that people relate to. What fascinated you about the freshwater animals you studied, like the mahseer fish?

Neethi: Freshwater ecosystems show a lot of diversity when they are protected. If you start off studying such habitats in protected areas, you can really see how they transform under human pressures. I was fortunate to work in the Agumbe rainforests for a few years, following which I worked in areas with higher human populations. I saw how anthropogenic pressures seriously harm such ecosystems and their wildlife, this got me interested in learning more about the species that survive here.

I started with studying fish and quickly learned about migratory species like the mahseer. They are a key indicator species [a species whose presence is a sign of healthy rivers], and even charismatic species like otters depend on freshwater fish. Mahseers migrate large distances and they go upstream during the monsoon, but we don’t know how far they can move. More information on this is needed to work on conserving them, especially when they’re threatened by serious issues like dynamite fishing. All of this got me interested in freshwater wildlife. 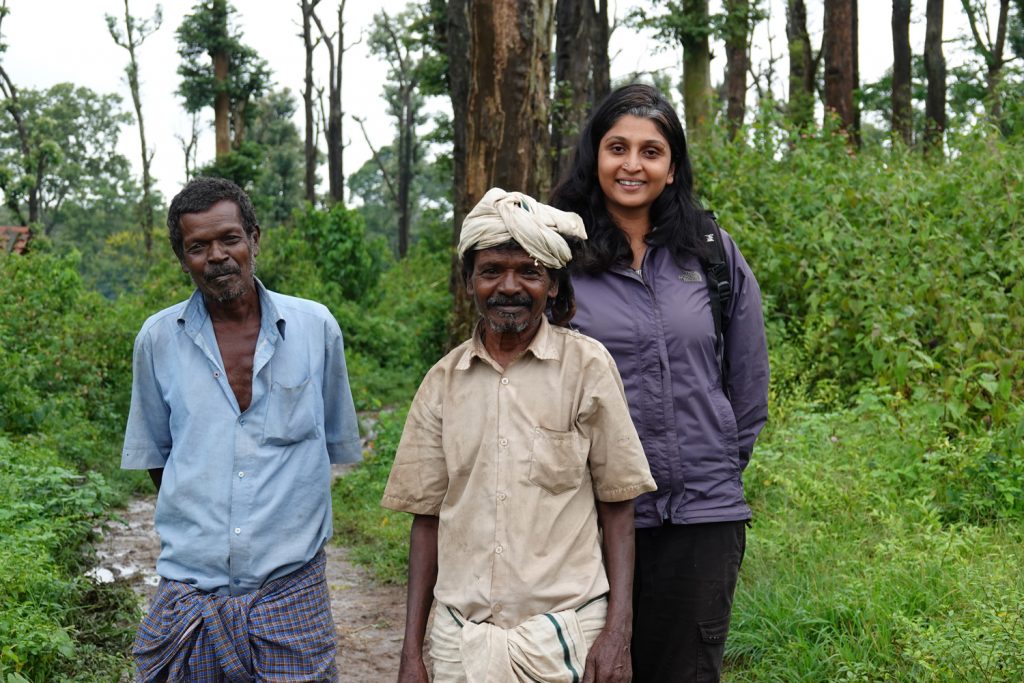 THT team: More specifically, your focus is on ‘riparian zones’ – most people wouldn’t know what that means. What are they, why do they matter?

Neethi Mahesh: In places like the Western Ghats, there’s a distinct demarcation of what grows along the riverbank and what grows inside the water. A riparian zone is that buffer between land and water. The vegetation in this area is specially adapted to constantly being flooded. The types of trees, plants, shrubs here have evolved and adapted to that environment. This is also why riparian zones are critical – they help build resistance against flooding.

In the area where I work – the Coorg district, horrifying floods have occurred for three consecutive years. The damage is more pronounced as a lot of the riparian vegetation has been encroached and removed. Rampant sand mining in the region has only further aggravated the issue. We are already seeing the dire effects of these changes – this year alone entire riverbanks have collapsed and there have been huge landslides, fully grown trees have submerged. There is a strong need for restoring native vegetation and rebuilding the resistance of these habitats.

THT team: What adaptations do plants and animals showcase in riparian zones?

Neethi: The flora is beautifully adapted to these regions. They have a large root network that can extend up to 10 meters! If you walk along a healthy riparian zone, you are walking on roots and trees, not soil, and personally that’s how I visualise these habitats. There is also a lot of wildlife that is adapted to the fruiting and flowering periods of riparian species. For example, the  jamun  fruits only in the monsoon, and many fish are adapted to living off it during this season. Animals like otters dig tunnels on the riverbanks, and the expansive tree roots provide them a stable and protective cover.

THT team: Can you share any interesting wildlife interactions in these habitats that you may have seen over the years?

Neethi: I was working in the Sita Nadi forests of Someshwara Wildlife Sanctuary when I first saw an interaction that led me to seriously explore riparian habitats. I saw a Malabar Giant Squirrel skipping along the branches of a tree, eating and dropping fruit in the river below. As the fruit dropped, hundreds of mahseer fish were in a mad frenzy trying to rush and get to this food, falling from the sky! These fish were aware, they  knew  that there was movement up in the tree, and they might get food. Even in the monsoons when the southwest winds blow in, seeds and fruits get dispersed and there is a lot of fish activity. This is what inspired me to come up with a project to study mahseer – the presence of such dynamic interactions between terrestrial and aquatic environments.

THT team: What are the main threats faced by riparian zones in the 21st century?

Neethi: There is a lot of illegal encroachment along rivers, with concrete structures being built as close as 10 meters by the riverbank. Sand mining is another big threat, and it erodes the riverbank over a period of time. I have seen this happen myself, and the impact it has on rivers. Water starts moving inland instead of moving downstream, thus causing floods and the river’s resistance to flooding goes down.

There is also a lot of agricultural activity along rivers, so excess fertilisers and nutrients are pumped into the freshwater. Riparian zones are resilient and could even deal with this, only if there was enough vegetation to absorb the nutrients. In big towns, industries and sewage are big threats, as all those polluted streams end up in the river.

Apart from this, large-scale land use change has also impacted rivers. Our team studied land use change over a 20-year period along the Cauvery. Through the study we learned that water flow had reduced, the type of vegetation had changed, and there was a lot more erosion happening during monsoons as there wasn’t much vegetation left to hold the soil.

THT team: One way you have tried to build support for riparian conservation is the citizen science initiative – the Cauvery River Monitoring Network. We would love to hear more about this project.

Neethi: Most of this project is field based, I believe in experiential learning and I want to practise what I was taught my whole life. If you are having fun while you are studying, you have more capacity to grasp the subject. Through this initiative, I take students from the local community out to the river, and I prefer not doing any indoor sessions. I let them explore, and engage them in structured activities. For example, if we are learning about water quality monitoring, we talk about different measuring parameters and what they indicate. If dissolved oxygen levels are found to be low, I ask the kids why that could be. Students also make the connection very quickly. Simple things like people washing clothes in the river and that leading to recording an increasing hardness of the water – I find children are very receptive to these observations in their environment.

THT team: What inspires you to continue working for river conservation?

Neethi: Working with children and engaging with communities gives me a lot of hope. Also, seeing local communities respond to the work we do, and be keenly interested in the restoration of native species is a big incentive. Without that interest, this work becomes a one-sided effort and it can make you feel lonely and hopeless. But I see more and more people getting involved and showing an interest in conserving rivers and native vegetation. Building this trust has taken a lot of patience and time, but with consistent efforts I think similar projects can be replicated for conserving river systems worldwide.