Venkatesh Charloo quit his banking job in Hong Kong, moved to Goa to open a recreational diving centre, and later ventured into marine research and conservation. With three decades of diving experience under his belt, he has seen the oceans in a way very few have.

Confronted by the threats to marine life upfront, and inspired by a need to give back to the oceans, he founded the NGO Coastal Impact in 2009. Coastal Impact also received The Habitats Trust’s Lesser-known Habitats Grant in 2019 for working on coral transplantation in Goa. We caught up with him to hear about his experiences exploring the underwater world, as well as working on coral reef conservation in Goa.

The Habitats Trust (THT) team: Venkat, your career trajectory is really interesting. You quit a banking job in Hong Kong before moving to India to become a scuba instructor, and then work on marine research and conservation. Can you tell us a little about what inspired this journey?

Venkat: It started with nature documentaries. While I was based in Hong Kong, I used to spend my free time watching all the nature documentaries I could and was inspired to take up diving. Once you start seeing these beautiful creatures underwater, you have to keep going back. I decided to come back to India and set up a dive centre. I love and enjoy diving, as well as teaching diving, so I pursued that for some time, and eventually my focus moved to conservation. 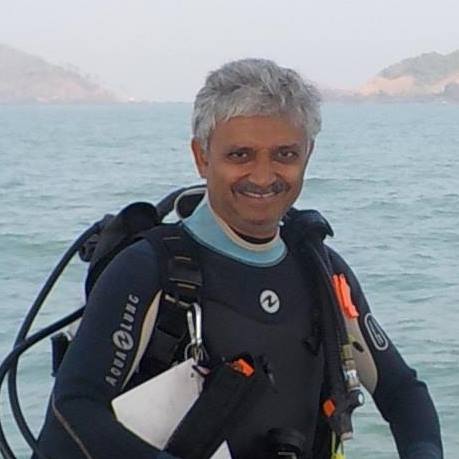 THT Team: What triggered you to move from recreational diving to active conservation?

Venkat: Many years ago, while I was diving in Goa I came across an angelfish struggling to get out of a net. Even though I managed to free it, the fish was completely exhausted and couldn’t swim, so it just lay on my palm for a while. After a while, it slowly started moving – but instead of darting away, it swam towards me, even touching my hand as if to thank me. Even after all these years, I can’t believe I had this experience. I remember thinking that it was time to give back to the oceans.

I founded my NGO in 2009, and began doing underwater surveys for marine biologists who were not divers. For example, we would do line transects for them, and even do underwater videography and photography which was a great learning experience. Slowly all of these experiences moved me towards conservation. Then when we received The Habitats Trust’s Grant in 2019, we developed our coral transplantation work in Goa.

THT Team: Can you tell us more about the ecology of marine life and coral reefs in Goa?

Venkat: Goa’s corals are found around three islands – Grande, St George Island and Pequeno and this is where we focus our work. Each of these islands is very unique and special – even after 28 years of diving here, I am amazed by how much there is and that we even keep seeing new species. 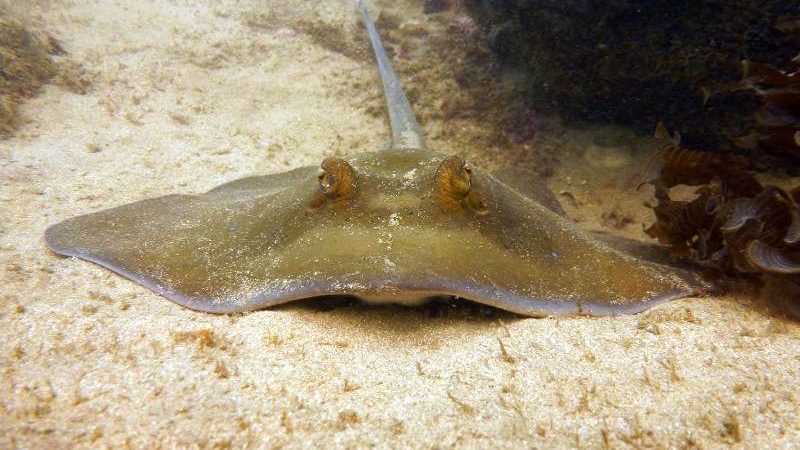 A sting ray in Goa

Goa also has exquisite marine life, but even its own residents don’t know much about it. There are over 65 species of fish in Goa and an incredible diversity of corals – but this is something only divers have experienced. Around 30 species of corals are found here, as well as a range of creatures, from sponges to sea fans. There is such a wealth of biodiversity down there but it hasn’t been studied in detail.

Over the last 2-3 years, we have done surveys for various institutes like Central Marine Fisheries Research Institute (CMFRI), WWF, National Institute of Oceanography, and a few other NGOs, so a base of information about Goa’s marine life has slowly been developed.

THT Team: We would love to hear about the ‘coral transplantation’ work that Coastal Impact does – what does this involve and how does it help regenerate corals?

Venkat: Our work in coral transplantation involves continuously monitoring and rescuing fragmented corals, and physically relocating them from inhospitable sites to favourable habitats where the coral is more likely to thrive. There are many ways of transplanting corals – the method we choose is  micro fragmentation. It’s very simple, and involves making tiny fragments of 2-3 cm and planting them – they then grow and merge into one big piece. Through micro fragmentation, corals have shown 25-30% more growth than in any other method of transplantation.

We have even started the ‘Coral Adoption Programme’, in which citizens can adopt a coral and sponsor it, we’ll monitor it and share the results and photos of how they’re growing. We’ve transplanted 192 corals and sold 35 which is positive for us. I am hopeful about this programme because I truly believe people want to do good in the world, one just has to give them a legitimate and right path where they see the value and want to associate with.

THT Team: In your view, how has the COVID-19 pandemic and lockdown impacted marine habitats in Goa?

Venkat: I’ve noticed that marine habitats have really bounced back since the lockdown. Usually, underwater visibility in Goa is 3-4 m but during the lockdown it went up to 7-8 m. Marine wildlife seems to have improved too, as fish species I have never seen before are now being sighted. The corals too are in excellent shape. I think the dramatic consequence of everything being shut down – production, manufacturing, transportation, travel and tourism – can really be seen in the oceans. It’s very unfortunate that people’s livelihood has been affected, but at the same time wildlife everywhere has flourished.

Additionally, last year in Goa, a terrible coral bleaching event occurred during April-May, and almost 90% of the corals were affected. I was very worried they wouldn’t recover, but now we’ve seen most of the corals have gotten their colour back. To clarify, a bleached coral doesn’t mean it’s dead, but that due to rising temperatures, the algae that give it its colour have disappeared. But if the conditions are right and the water cools down then algae can re-inhabit corals giving them their colour back. 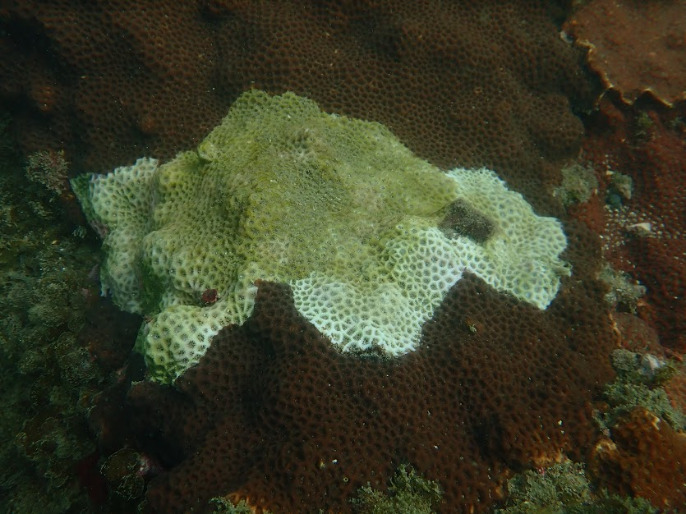 THT Team: You mentioned the worrying phenomenon of coral bleaching – In the years that you have been diving, have you observed it occur often?

Venkat: The frequency of coral bleaching has certainly increased. What happened once in 15-20 years now happens every 3-4 years. Due to the effect of  El Niño, the time gap between bleaching events is even lesser. I’m hoping that last year’s bleaching doesn’t repeat this year – although we are already seeing signs of higher temperatures than usual.

Luckily, in Goa, the corals always come back, because of the phenomenon of Goan monsoons. During this time, so much fresh water pours into the ocean, as all the rivers fill up and empty into the sea – this brings down water temperature down considerably. Then when the monsoon starts progressing, there is a cold upwelling that comes up from deep under, bringing up cold waters.

However, after the last monsoon, we didn’t even have this cold upwelling of water, the temperature was just 28°C throughout. I’m worried again, as we are at the beginning of summer and it’s 28°C already. If the temperature rises rapidly again, like last year, that’s just at the edge of tolerance for corals.

THT Team: What are some major threats to coral habitats today?

Venkat: The glaring one is global warming. Sea temperatures are rapidly rising and the corals can’t handle it. They have a narrow threshold of tolerance, especially tropical corals, which survive at temperatures in the band of 26-32°C. The temperature going up by a half or 1°C is not a big deal for you and me, but corals are severely affected. Other threats are ocean acidification which is also linked to global warming, and also the deoxygenation of water due to chemical fertilisers going into the sea, which creates ‘dead zones’ where there is no oxygen. Studies even say that from 2050 onwards, corals worldwide are going to be dead, and there will be more plastic in the ocean than fish. It’s a thought that is very difficult to digest. 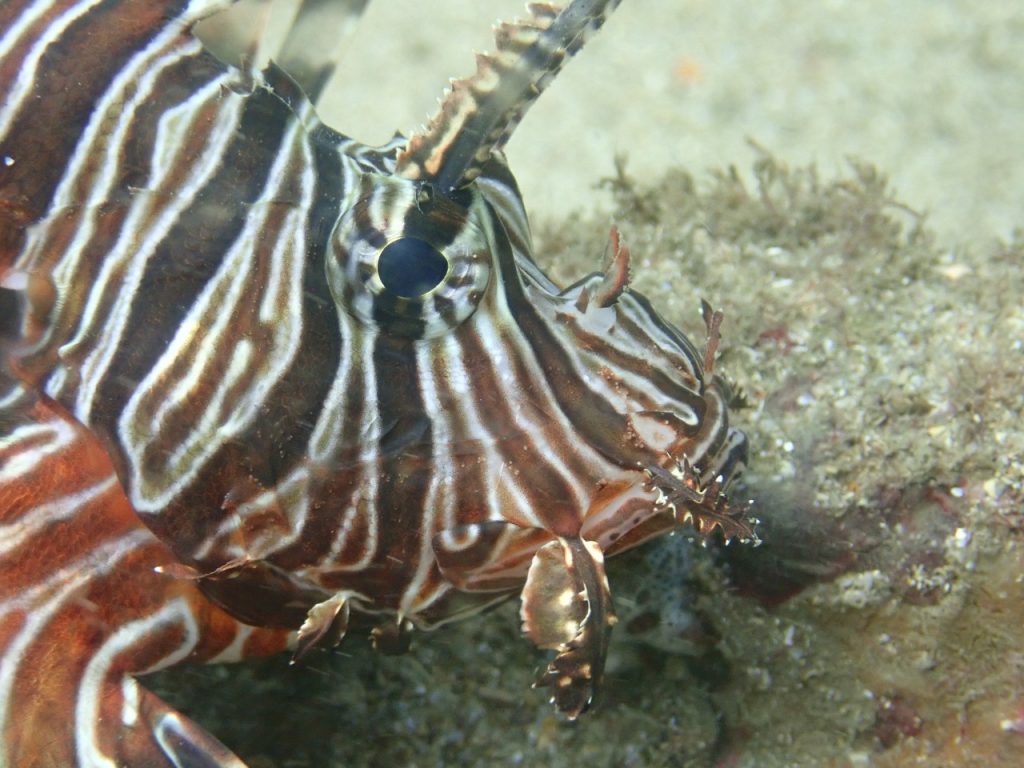 There are far-reaching and disturbing things going on in the oceans. At the scale at which they are happening, it’s hard to do much about it but there needs to be a concerted effort – from reducing consumption on a large scale and reducing single-use plastic etc.

THT Team: What kind of outreach work does Coastal Impact do?

Venkat: My favourite saying for Goan friends is, “The only fish you know about is what is on your plate!” Goa has an incredible diversity of marine life but we felt very few actually knew about its presence, so we wanted to educate the public about this. Since we had done various surveys on marine wildlife here over the past few years, we had developed a base of information on marine habitats in Goa and we did not want this to be limited to just researchers. So, we have been doing talks and webinars with schools, and the general public.

The message is very simple, we show photographs of beautiful fish and corals that exist in Goa and across the world, and then the state of ocean today due to threats like coral bleaching, shark finning, trash in oceans etc. We also talk about what ordinary citizens can do about it – simple things like consuming less, turning off the light, air conditioner, fan. I find that it is important to shock people about these environmental threats, they can’t be sugar coated. When the truth hits and it is a bit gruesome, it stays in your memory longer.

During the COVID lockdown, we’ve been trying to do webinars in different schools all over the country. The more I get into this, the more I realise that educating the average Indian is crucial about the state of the environment. It’s important for our learnings as well as solutions to these issues to be put out there, and try to achieve this through our outreach work.

If you are interested in supporting Coastal Impact’s coral adoption program, you can write to Venkat at coastalimpact@gmail.com.